Hi, I am Mahan

I am here to support your leadership success and partner with you to unleash your team’s full potential.

Hi, I am Mahan

I am here to support your leadership success and partner with you to unleash your team’s full potential.

I had absolutely no clue how to manage, but thought otherwise. Fresh out of business school, I had learned all the concepts and knew all the principles for effective leadership and organizational success. But there is a huge difference between knowing the right things to do and being able to do them.

So it shouldn’t have been a shocker (although it was for me) when I went through a 360 feedback process and the results were brutal. A cocky and driven manager, thinking I knew much more and was more capable than I was.

That was a wake up call for me and I decided to change. I became a believer in the need for having a growth mindset and the fact that the work of learning and growing as a leader is never done. Leadership is not bestowed on anyone by getting a degree or finishing a course or attaining a higher position. It comes from always seeking to grow and learn and being open to solicit feedback for that growth.

I also sought an executive coach for myself and our team. Someone who had led teams and could give me ongoing and direct feedback on opportunities for improvement. A trusted coach that could give our team feedback on how we could work more effectively together to achieve the organization’s goals.

From then on I realized that no matter how high you rise in an organization, or maybe even more so when you rise up in your role, you need others to coach you and your team.

These are two of the key factors that helped me turn around an unprofitable center to become the most profitable in the network, earn recognition and awards for excellence including from Accenture and turn a low performing region to the highest growing region four years in a row in a global network.

It’s this same mindset and approaches along with my experience that I have brought to my consulting work to add value to my clients.

I am a true believer of the impact of embracing a growth mindset and the value that a great coach can bring to leaders and leadership teams.

But I am not alone. Eric Schmidt, former CEO and Chairman of Google says that the best advice he ever got was from famous silicon valley venture Capitalist John Doerr back in Google’s early days in 2001: “My advice to you is to get a coach”.

Schmidt says that he initially resented the advice, because after all he was a CEO. He was very experienced. He wasn’t doing anything wrong! How could a coach advise him if he was the best person in the world at his role?

But then he realized that’s not what a coach does.

The coach doesn’t have to play the sport or do the job as well as you do. They have to watch you and your team and get you to be your best.

If you have a growth mindset and are ready to experience breakthrough results, schedule a complimentary strategy call below. During this call, we will clarify your goals, identify some of your current barriers, and outline potential action for you to take in your leadership journey.

In my experience coaching senior executives, often a combination of inertia and overwhelm keeps them from acting.

This is your chance to see if breakthrough results are truly possible. 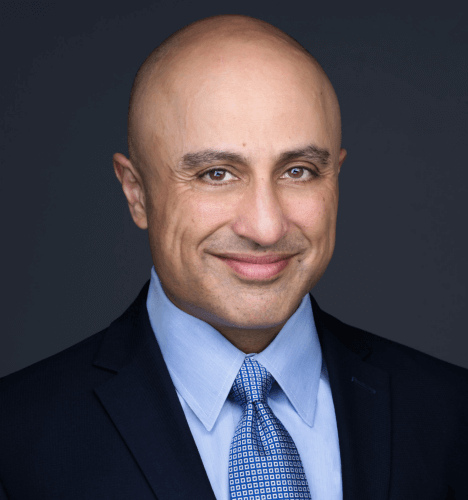 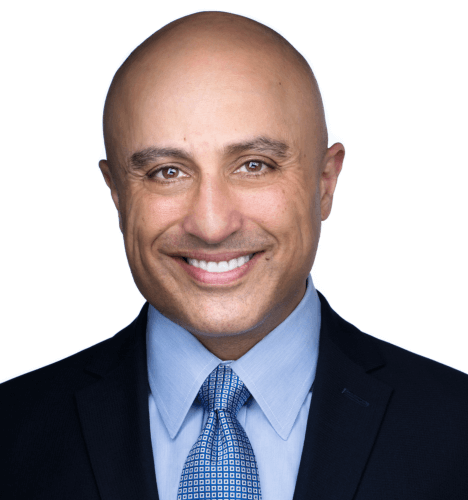 I spent much of my career with the Dale Carnegie Training where I started in sales, moved on to training, and eventually managed the operation in the Greater Washington DC region.

After turning around a money-losing operation in DC to one of the fastest-growing and most profitable operations in the organization, I was tasked with Dale Carnegie’s more aggressive international expansion. Working with a group of highly committed and talented team members, we developed a forward-thinking plan to expand internationally.

We expanded to over 90 countries with record-breaking revenue growth. As a result, in addition to my international operations role, I was given the opportunity to lead the organization’s overall strategy as Chief Strategist.

Eventually, a desire to spend less time on the road and the energizing opportunity to work closely with more clients is what drove me to start my own consultancy. Partnering with leaders across organizations and various industries, I have spent time working with executives from large divisions of multinational companies, to mid-sized organizations, to government agencies, and SaaS startups.

The industries and size of the clients vary, however, the needs are similar.

They all are organizations with great leadership, wanting to get the winning edge as they align the entire organization towards achieving their purpose.